Wonderful food this thanksgiving! And I got my workout in this morning too.
Happy National Black Cat Day!
Join 92 other followers

This is the fourth time I’ve done it but one of the most difficult concerts. I came down with the flu on Wednesday of last week and took two days off of work. I was feeling a little bit better by Saturday, but still was stuffed up and my voice was (and still is) low and husky. This presents a problem. I sing soprano. The Messiah has really high soprano parts throughout the piece. My voice was more in the tenor range thanks to my being sick. I decided to baby it along and not push it during the two dress rehearsals, and just save it for the concert. And it payed off. I was able to sing all but the highest notes (some of which I can’t reach even when well). For those I just mouthed the words and hoped no one was the wiser. While this wasn’t the best I’ve done, I still enjoyed the experience and watching other people enjoy it as well. 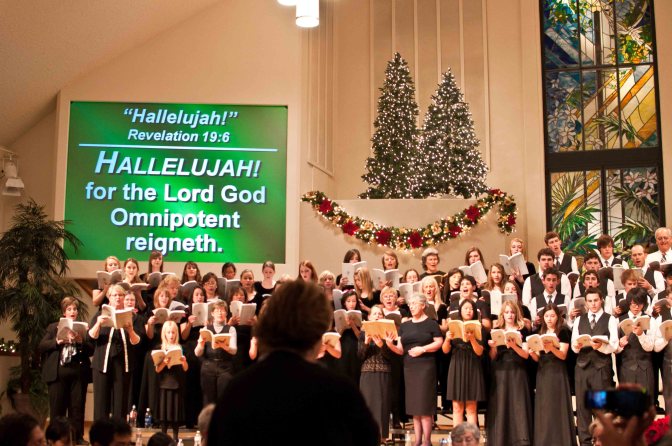 This weekend I also spent house/dog sitting for a coworker of mine. She has two dogs and the little Shih Tzu is such a ham.

I had a great time at their house playing with him and watching TV (Animal Planet!) and getting to Skype with my friend Wendy who lives in Australia. I’m not ready for the work week!